1a. Timezones
Here is a convenient map to help you visualize the different timezones in the world.
If you would like a more interactive link, or need to look up your own timezone, here is the link that will let you do that. 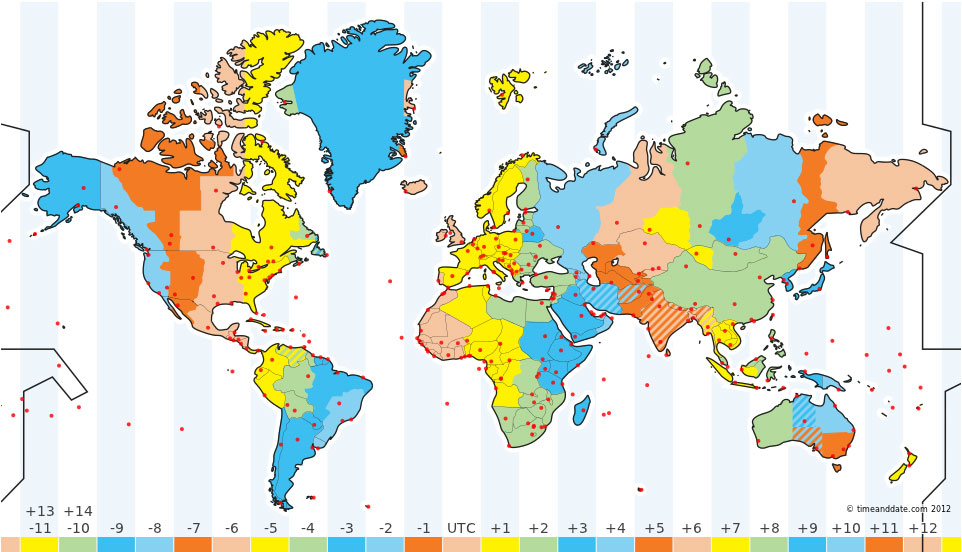 Tournaments typically start at 17:00 UTC time. If you have to convert that time to your timezone, this map will help you a lot. Just add/subtract hours based on where you live. Just keep an eye out on the start time of a tournament.


3. Tournament Day Preparations
Be present in the Steam group chat of the MRT Steam group on the day of the tournament for as long as you are in the running. In order to enter group chat, simply visit the link above and hit "Enter chat room" through a logged in Steam account.

It is a good idea to be there at least 15 minutes before the tournament starts so that tournament organizers can make sure you're ready to go much quicker and on time for both you and for other players.

3a. ESL Reporter
Tournament players are OBLIGED to be running the ESL Reporter application while playing in the tournament. The ESL Reporter is used to register and compile your games into our ladder and generate replays. You can find and register for the ESL by visiting this link. The tutorials on that page should suffice for you, but should you need help with the ESL Reporter, contact Myrdal, Lulgrim or Atlas.

Rounds are Best of 3 all the way until the Finals. The Finals is a Best of 5 round.
Tournament is single elimination, so losing one match drops you out of the tournament.

The map pool is as follows:


5. Extra Players
Extra Players are defined as anyone inside of a match lobby that is not a player for that match.

5b. Referees
Any volunteer referees are welcome. Contacts Atlas for this on Steam.

Referees are expected to be able to:

Referees have first say on rulings. If there is a dispute between refs and players, the dispute is brought up to the tournament organizers. The organizers will have final say on the matter.

5c. Streamers
6. Post-Tournament Match
This section deals with all the parts that happen after you play your tournament game.

6a. Replays
Replays are now automatically recorded by the ESL reporter application. So long as you have it running, we will be able to access your games for verification.
VODs from streamers will also suffice.

6b. Results
Both players are responsible for reporting the correct results by contacting a referee or tournament organizer. You may also report your results in the MRT Steam group as that is considered to be contacting the organizers. The confirmed results will be updated in the brackets.

The only information that is required is the current score of the round. Saying something like "Zevargel 1-0" to either the tournament organizer or in the MRT Steam group chat will do.

6c. Prizes
The actual prize pool will be shown in each MRT registration thread.
Typically, prizes are granted in the form of Steam games, but on occasion there will be actual prize money.

In general, the prize pool will be allocated as follows:
7. Definitions
This section is placed here purely to standardize tournament language so everyone knows what you are talking about.

Bracket- The bracket is a chart that displays the progress of players throughout a tournament. The bracket is also the location where you can find the first map for every round. Here is a sample bracket for you to see.

Game- The smallest tournament unit. Every game consists of two assigned players competing in the tournament. If you don't know what a game is, then I really can't help you here

Cell- Another word for match. Typically used by the organizers because in the code, the matches are organized into cells that you manipulate.

Veto- When a player rejects the map selection of his opponent, he uses his veto. His opponent must then pick another tournament eligible map. Every player has 1 veto per round.

News and/or changes will be communicated on the forum and the MRT Steam group.
Stay tuned for more! Good luck and have fun everyone!

If you have any additional questions, you can contact Atlas on Steam or write your thoughts down here in the thread.
Last edited by Crewfinity on Sat 17 Oct, 2015 7:56 pm, edited 2 times in total.
Top

Cleaned this thread up a lot. It's barely usable now

You can physically play in the tournament without the ESL Reporter, but we need you to be running ESL reporter so that we can ensure we have replays of your games to verify should we need it.
Atlas: Minister of Common Sense, Reasoning and Similar Sh*t
Top

If you're taking issue with being ranked, you can always state "unranked" in the chat and the ESL reporter will not include that in your statistics. It will still record the replay though.
Atlas: Minister of Common Sense, Reasoning and Similar Sh*t
Top

Nicely put together my tournament padawan.
The internal battery has run dry, the game can now be played. However, clock based events will no longer occur.
Top
Locked
5 posts • Page 1 of 1

Users browsing this forum: No registered users and 3 guests