First of all I want to thank everyone and the players for the support in the first season. It took slightly longer then expected to finish but we did it.
We had some issues and I am going to address some of them here. We will do our best to make this season more enjoyable!

- Players dropping due to time issues.
Please note that this tournament is going to be quicker in progress than the previous one.
Check first if you have the time to finish the needed amount of games without delaying the progress.

- Players dropping out because they don't feel like playing any more.
Players who drop out like this are banned in the future from this event, unless you have a reasonable excuse.

- Players dodging.
Ignoring opponent several times or setting a date and then not showing up.

2. Who can join?
Tier 1 and tier 2 players can join.
We are working on an separate league for tier 2 and tier 3 players. More info on that soon™.
If this works out the top 3 players from this lower tier league get the chance to advance into the high tier league by beating the bottom 3 players at the end of the group stages in a bo3 match. This will replace the promotion tournament from the first season but it has the same purpose.

4. When does a League game count as one?
- Both players have to use the ESL Reporter.
- Both players type L within the first minute. If an admin is present then 1 player typing L is enough.
- You can only pick one of your 5 chosen heroes during the matches.

5. Maps & hero picks.
General
You can only play your heroes once each match!
Each player has 1 hero veto per match. The veto only lasts for 1 game.

Group stage (BO3)
The map is chosen by the random map picker. The same map can only be played once per match.
Each player can veto 1 map during a match. That map is then banned for the rest of the match.
The player on the top bracket is always asked first if he wants to veto if he hasn't yet.
Once the map is chosen, the player in the top bracket will have to pick a hero first.
After the first game, the player who won previous game has to lock into a hero first.

Play-offs (BO5)
The first map is set. From game 2 and onwards it's losers pick.
Once the map is chosen, the player in the top bracket will have to pick a hero first.
Hero picks then keep alternating between player regardless of who won.

6. Punishment for not playing/delaying to much.
Each Player should play at least 2-3 BO3 matches each week to not slow down the progress. You will always have fixed opponents for every week.
You can delay one match to the next week but then you have to play one of your next week matches that week instead.
Please inform the admins beforehand if you are not able to play on certain days.
If a player didn't warn an admin or the opponent that he is not able to play then he gets 3 days to play it or else he will get an auto loss.
You can postpone a BO3 if you agree with your opponent to a different date.

8. Prize Pool.
We are starting with €100 and people can donate more to increase the prize pool even further.
Your name will be mentioned here as a token of gratitude and eternal glory in the Elite Mod community.
We naturally can accommodate If you wish to stay anonymous.
Depending on the final prize pool, the top 4 will share in the prize money. If its about €200, the top 8 also receives a small cut.
Big thanks to Eerie on helping out on this, who also donates the starting prize money for this tournament.

awis214@gmail.com via paypal or contact myself or Eerie directly.

9. Signing up
Please write down your 5 hero picks or random and your Steam id.
OM is banned.

I'll play if it's not too late and there is still a spot, i've been playing recently will see it through hero choices WL, CS, LG, LC, LA
Top

Alright, I can guarantee that I should be able to play my games. 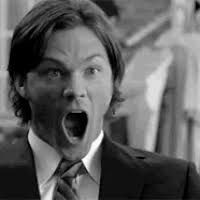 Just a reminder the sign up is still open !
Top

I'm kinda tempted to join, since i wanna get better in 1v1s :^)
Top

Everybody can join and there is a cash prize. We are just waiting for Atlas to finish the beta so we can play test it

Adeptus Noobus wrote:Everybody can join and there is a cash prize. We are just waiting for Atlas to finish the beta so we can play test it

Adeptus Noobus wrote:Everybody can join and there is a cash prize. We are just waiting for Atlas to finish the beta so we can play test it

I expect 2.8 on April 30th 7am first thing in morning ON MY DESK young man

Well, not sure how active I will be when 2.8 hits, but I feel like signing up at the moment.

CL, Apo, WL, PC, Knob
The internal battery has run dry, the game can now be played. However, clock based events will no longer occur.
Top

I want to remind to everyone if you join the league take all responsibility and don't rage quit no matter how many salt you earn on your path to finish the league. So please everyone who join, stay to the last game, respect evereyone else who join tournament. The BLACKENING will find all except one. Thanks.

I know that i will get crushed by most players in here, so don't expect too much reeeeeee. :3
I just c it as a way to practice i guess.
Top

Users browsing this forum: No registered users and 1 guest